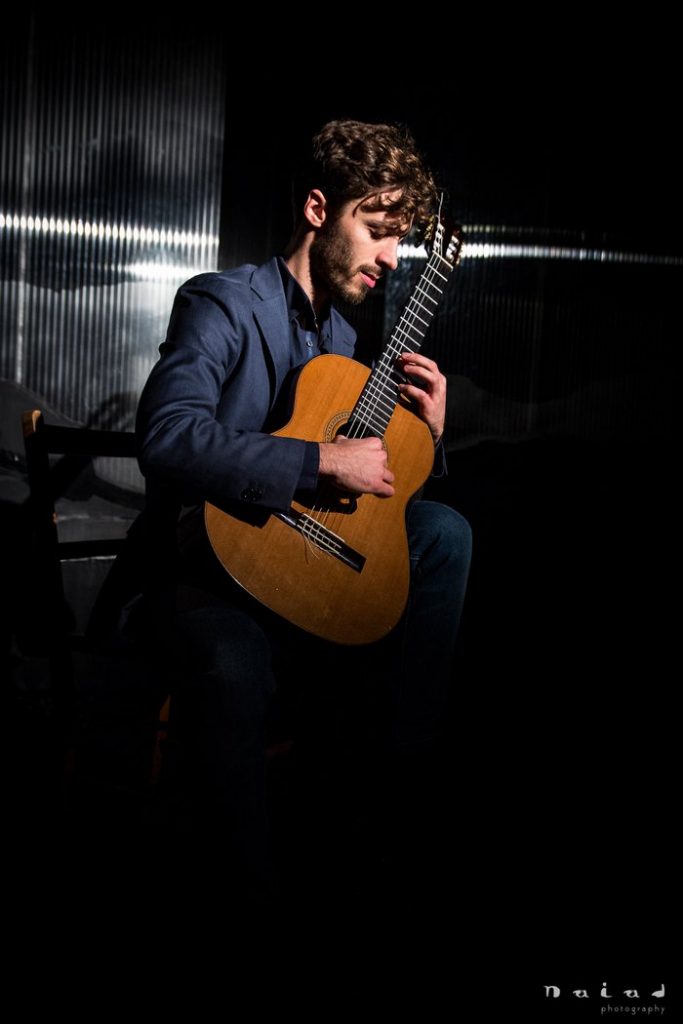 Francesco Rocco is an active versatile artist mainly working in UK and Italy as musician, organiser and teacher.

He holds a MMus at Trinity Laban Conservatoire of Music and Dance in London where he specialised in classical guitar under the guidance of Graham Anthony Devine.

Graduated with full marks at the Bologna Conservatoire in the class of Walter Zanetti, during the studies joins INCROCI Lab with Maurizio Pisati and ZEROCREDITI with Francesco La Licata. Meanwhile, in 2015 he attended the Segovia Guitar Academy in Pordenone with Paolo Pegoraro and Adriano Del Sal. In addition to his music studies, he is a Bachelor Environmental Engineer, graduated in 2016 at Università degli Studi di Padova.
He has participated in Masterclasses with eminent musicians such as Leo Brouwer, Oscar Ghiglia, Fred Frith, Carlo Marchione, Marcin Dylla, Luciano Contini (lute), Alberto Rodriguez (flamenco guitar) and many others.

Francesco is founder, producer and guitarist of Zephyros, world music ensemble described as ‘a quartet who dialogues with the past and explores the future’ (Blogfoolk – 2019).

His versatile approach to guitar led him to perform in a wide range of ensembles, exploring genres such as Tango, Contemporary, Opera, Popular and Traditional Music, and he passionately transmits his love for music to his students.
Francesco is Vice President of Lilium SoundArt, association that promotes music, art, science and culture in general, working alongside Padova City Council in support of UNESCO Nomination PadovaUrbsPicta.